If the Chocolate Shamrock Shake sounds familiar, it’s because it was on the McDonald’s “secret menu”—that is, items available to those “in the know”—for a number of years.

Well, somethings are too good not to share, and we’ll thank our lucky shamrocks, they decided to add these to the seasonal offerings.

Original Shamrock Shake – Vanilla soft serve and mint-flavored Shamrock Shake syrup served with whipped topping and a maraschino cherry. New this year is a sprinkling of green sugar crystals—because if you’re counting, by this point, why worry about a few extra calories.

Chocolate Shamrock Shake – The bottom half is chocolate shake, and the top half is Shamrock Shake. Add whipped topping, green sugar crystals, and a drizzle of chocolate syrup, and this sounds like a huge hit. 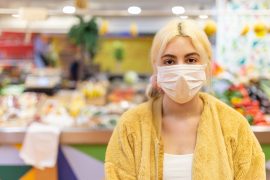